The District operates the Grant A. Ramey Pump Station located at the corner of North Bank Road and Azalea Road.  The pump station delivers water diverted from Humboldt Bay Municipal Water District’s (HBMWD) million gallon tank on Essex Hill across the Mad River to the District’s primary pressure zone which serves the entire District except McCluski Hill.  The District has two storage tanks on Norton Road and Cochran Road representing a total of 2.5 million gallons of storage in the primary pressure zone.

The existing pump station was originally designed in 1972 and consisted of four twenty horsepower and a single forty horsepower split case horizontal centrifugal pumps with a combined capacity of approximately 2,200 gpm.  Based on the current summertime demands, the pump station was nearing capacity during summer peak hours based on pumping during a time-of-use (TOU) schedule to minimize electrical costs.

When multiple pumps were operating simultaneously, the efficiencies of the pumps were reduced to unsatisfactory levels and may have been operating outside their design condition.  In addition, at current pumping rates, the District’s storage volume decreased during weekdays when pumping only during the off peak hours on the TOU schedule.

The District  proposed upgrading the Grant A. Ramey Pump Station with new pumps able to meet the storage needs and peak summertime demands of the District. The design criteria for the new pump station consisted of meeting a demand of 4.5 MGD.

The following improvements were made:

Construction was completed on August 1, 2011 and the pumps were put into service. 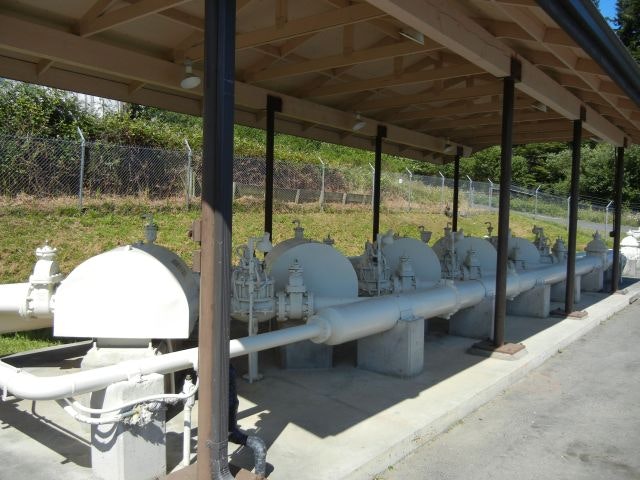 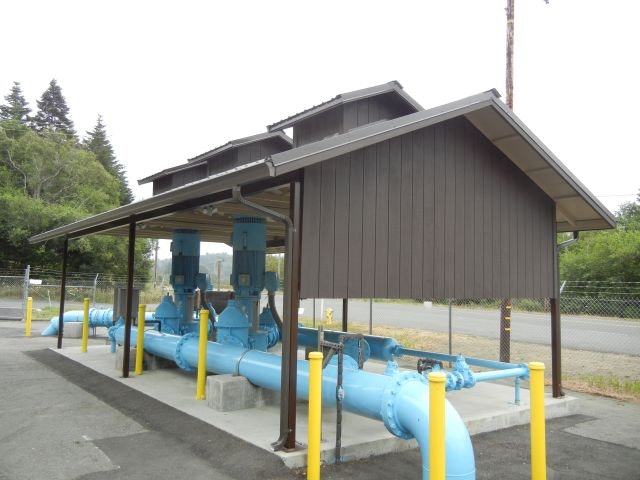 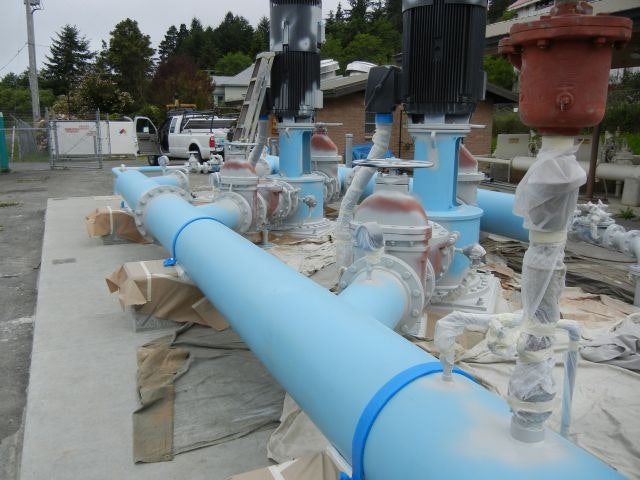 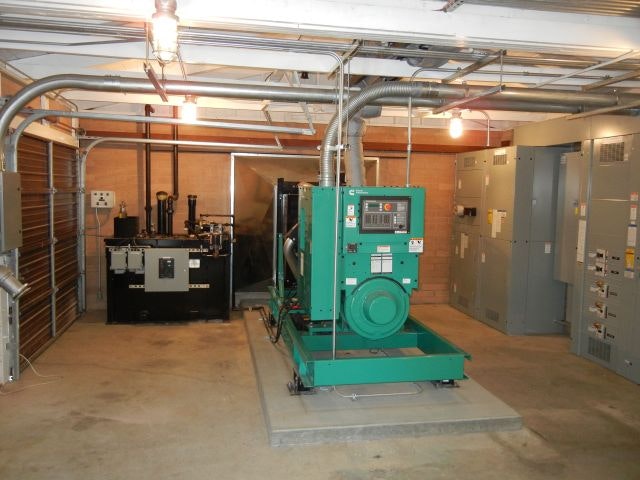 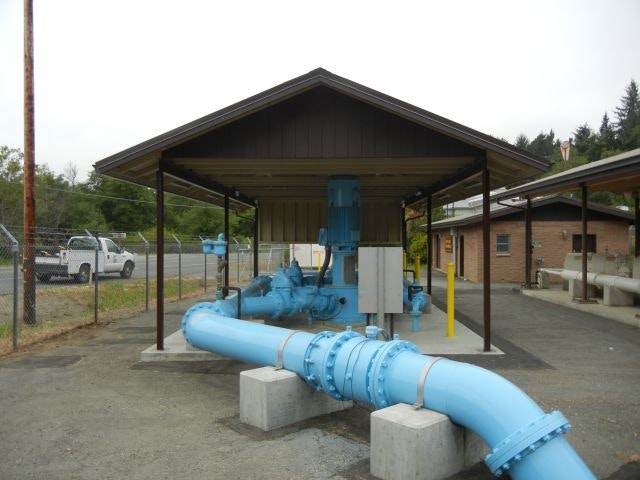